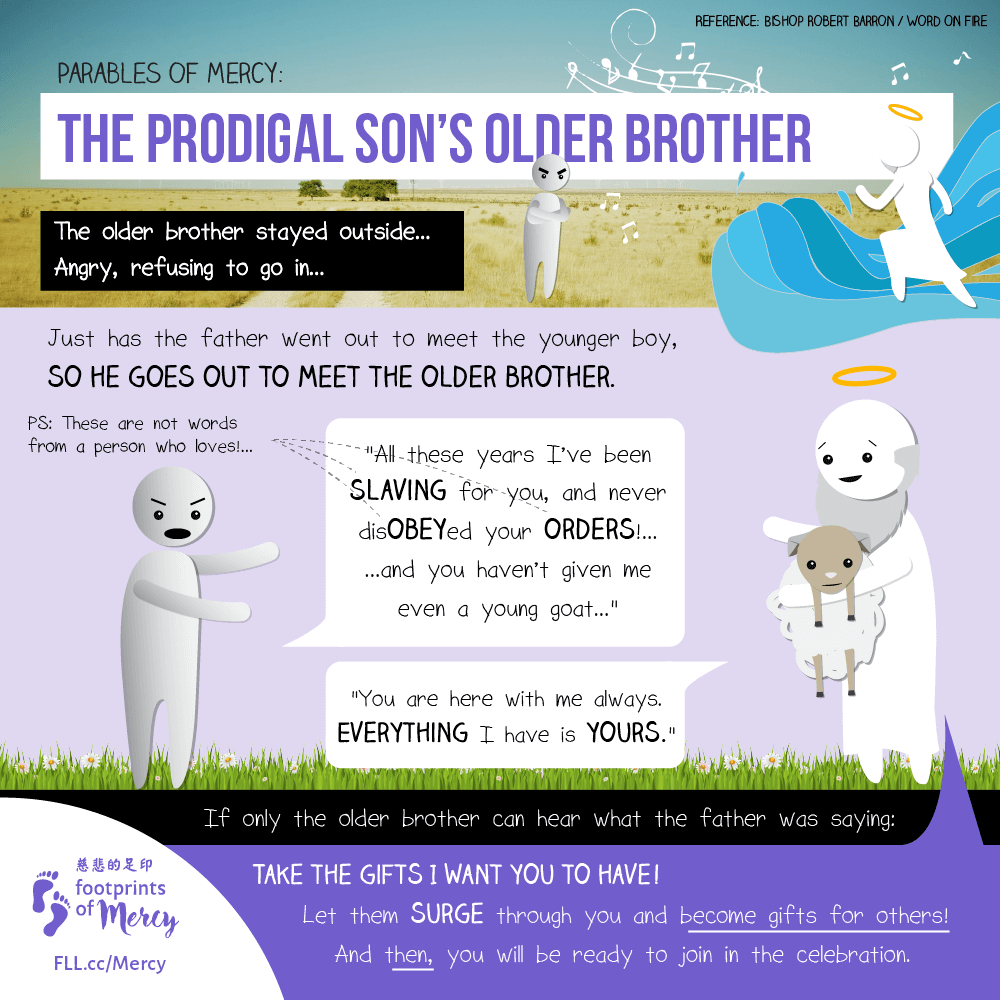 Prodigal son, which one?

If “justice is getting what you deserve” (Cathleen Falsani), then the younger son deserves to be punished. Indeed, he has suffered for what he did. But the message is clear: “mercy triumphs over judgment” (James 2:13) and true mercy is to give someone better than he/she deserves (cf St. Thomas Aquinas Summa Theologica Prima Pars Q 21). Being self righteous, not only does the elder son refuse to forgive his brother but also fails to see the goodness of his father. Though he did all the right things in the past, by his protest against his father, he now takes the place of his younger brother and becomes the new prodigal son.